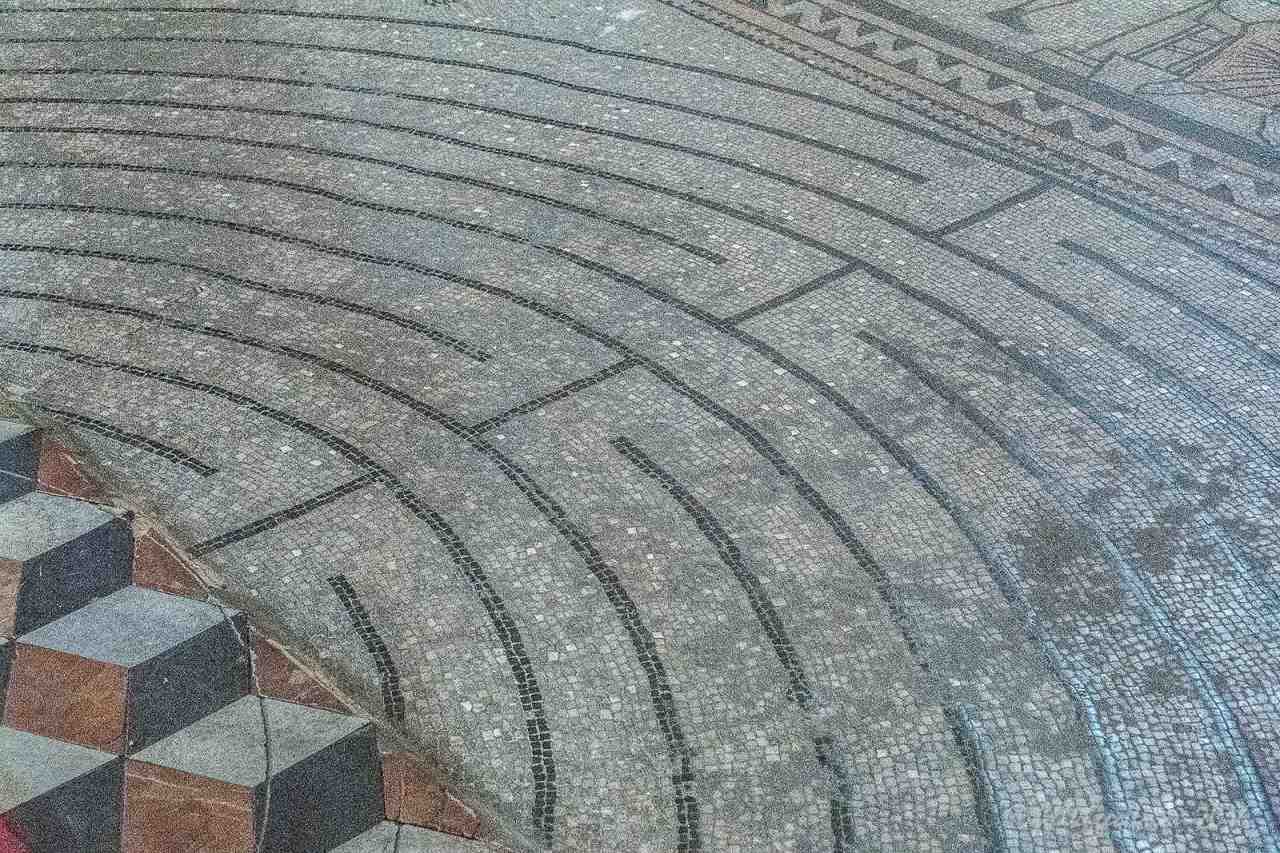 The mosaic pavement labyrinth at the Basilica of San Michele in Pavia, Italy  dated to early twelfth century. Its location in the east (the choir) is unusual. 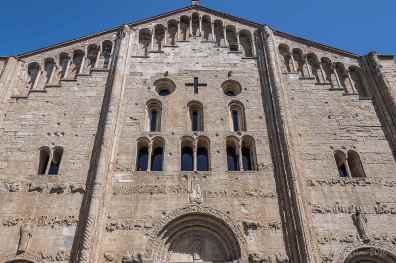 The west facade of the Basilica of St. Michele 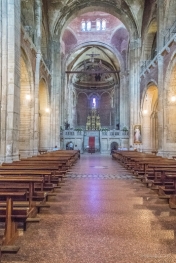 Looking east from the back of the nave. The labyrinth is located in the area above the steps. 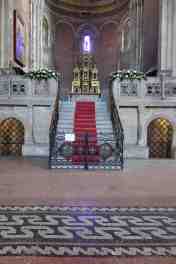 To view the labyrinth you have to climb these stairs 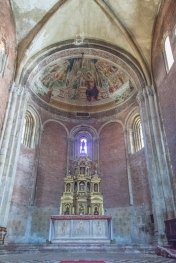 Ceiling mosaic and altar from 1592

About a third of the mosaic floor that included a labyrinth was rediscovered when the altar of 1592 was moved in 1972. The labyrinth has a diameter of ten feet. 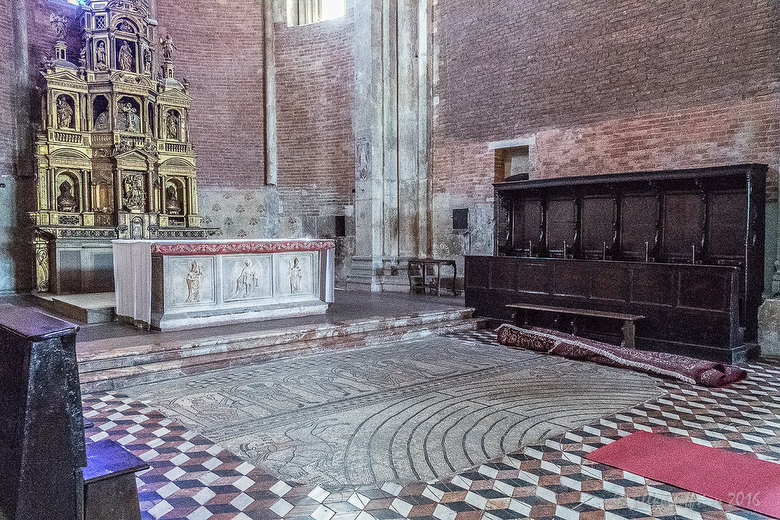 The woman at the welcome desk showed me a drawing featuring the reconstruction of the mosaic by Maurizio Costa. It showed what the full mosaic and labyrinth would have looked like originally. The center, which no longer exists, had a mosaic depicting the battle of Theseus and the Minotaur. The explanation reads “Theseus went in and killed the hybrid monster.” An uncommon feature of this labyrinth was the inclusion of David and Goliath on the left. Goliath represents the Minotaur and Satan. The inscription on his shield reads, “I am strong and want to cause [you] mortal harm.” David represents Theseus and Christ. The inscription of his response reads, “The arrogant will be vanquished, the peaceful will be exalted.” (All quotations from Kern) 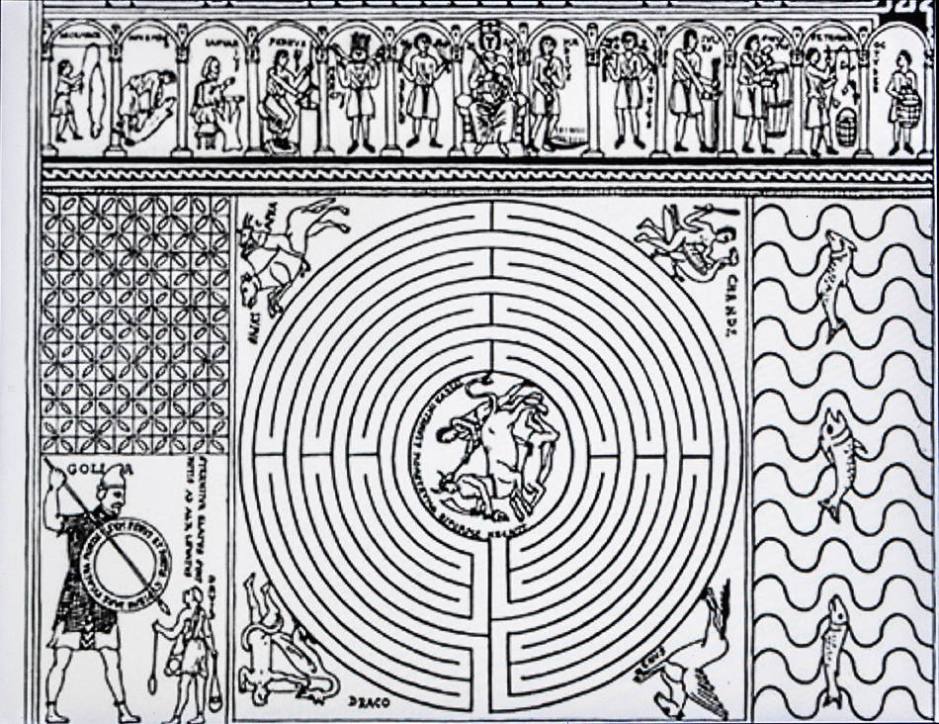 Although various fragments of the mosaics that surrounded the labyrinth exist, this document helps us to see the overview of the area and its imagery. 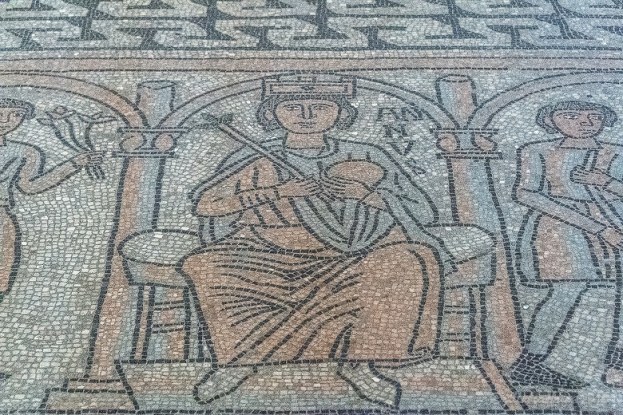 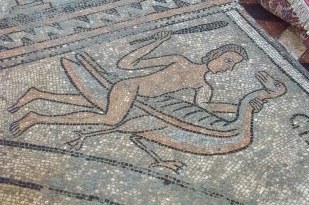 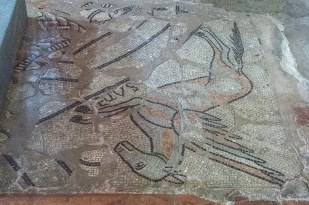 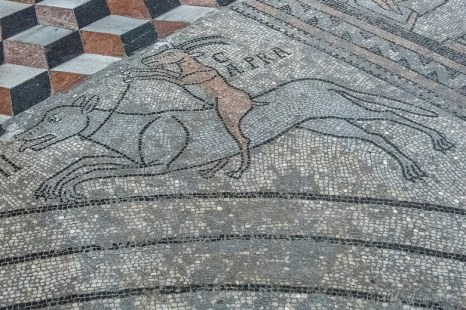 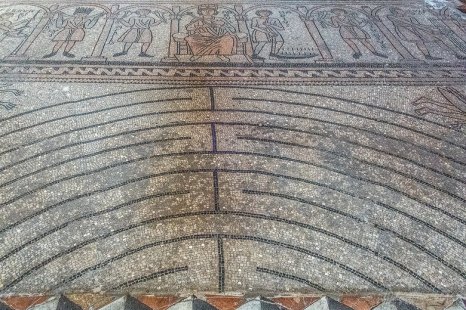 Part of the 12 months to the east of the labyrinth

The pattern of the missing part labyrinth has been etched into the current floor. It gives an idea of the size of the labyrinth but there are several critical errors. The original is the exact pattern that was later installed on the floor of the Chartres cathedral. The current floor representation in Pavia “opens” on the left, not the right as it should. It is “closed” by a line; the original would have been installed without this barrier. Because the pattern is also missing a second parallel “alleyway” (see above for a comparison) the labyrinth pathway does not lead to the center. 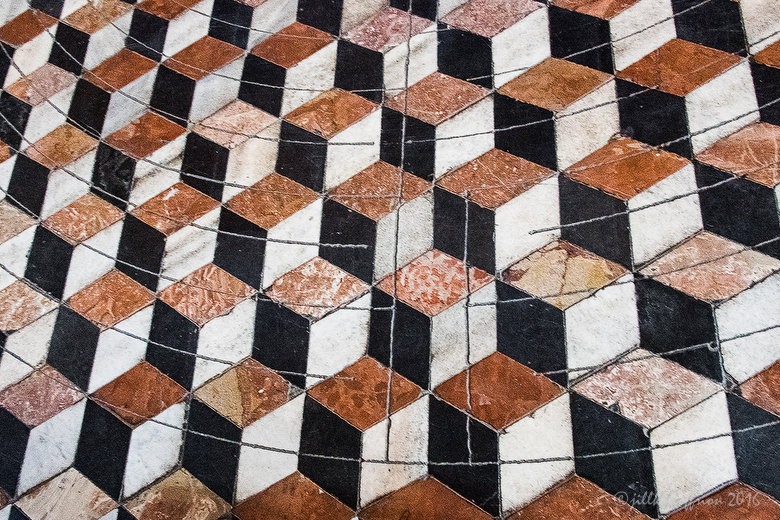 Students of the Chartres labyrinth will find study of this and other “Chartres-style” labyrinths from Italy worthwhile, especially because they were created a century before the pattern was placed on the floor of the French cathedral. 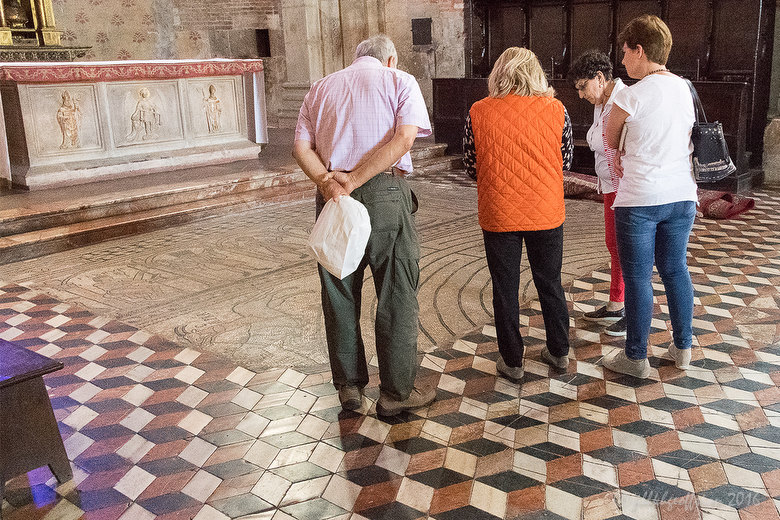 The area where the labyrinth is located is not generally available to the public. You may need to be part of an organized tour to view it. Check at the welcome desk near the west doors for more information. See also the worldwide labyrinth locator entry for the Pavia labyrinth.

Other posts in this series:

The Embossed Labyrinth in Lucca Italy

2 thoughts on “The Pavement Labyrinth Mosaic in Pavia, Italy”